Joanne Berentson (Bingham) was in Grade 8 and already stood five-foot-10 when her dad introduced her to Grant Clatworthy, his fellow teacher and coach at Georgetown District High School (GDHS).  Berentson played pretty much every sport imaginable, but Clatworthy’s saw a lot of potential in his area of expertise.  “He said he was going to make a volleyball player out of me,” Berentson recalls.  He would deliver on that promise.

Berentson would go on to lead Clatworthy’s GDHS team to a provincial high school title before accepting a scholarship at Western Michigan University, where she would set several records that still stand today.  She followed that up with playing with the Canadian national team at the world championships, and later having a pro career in Europe.

“I thought maybe I could play in college, and you always knew Team Canada was out there,” Berentson said. “It opened up so much for me. I didn’t even know pro volleyball existed when I was in high school.”

Berentson, who now lives in Arizona, also wasn’t aware there was a Halton Hills Sports Museum Hall of Fame until she found out she had been nominated.

After leading Georgetown to the OFSAA championship in 1986, Berentson accepted a scholarship to Western Michigan University at a time when athletic scholarships to U.S. colleges for Canadians were not common outside of hockey.

Berentson led the Broncos to Mid-American Conference championships in three of her four seasons at the school, earning championship MVP honours in her senior season. She was a two-time conference first-team all-star and 30 years after graduating, she still holds five school records, including her 611 kills in one season.  “Some of them have disappeared, which is fine,” she said. “I’m surprised I’m even still on the board.”  And while some of her marks have been surpassed, she still ranks among the top 10 career kills, service aces and points per set.

Following her college career, which earned her induction into the school’s athletic hall of fame in 2007, she played for Canada at the 1990 world championships in Beijing, China.  She also signed on to play professionally in Europe, first in Switzerland and then France.  Berentson still considers those years a career highlight.  “It was exciting getting to experience a different culture,” she said. “I got to meet people from all over the world and play against some of the people I had played against in the U.S.”

Shoulder and hip injuries eventually forced her to retire, but Berentson never lost her love for the sport.  “I just loved playing volleyball,” Berentson said. “It was always the most comfortable place for me.”
***************** 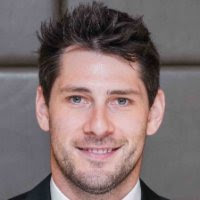 MIKE KNOEPFLI - ATHLETE - HOCKEY
Knoepfli is one of only four players to score 100 goals and one of only six to record 200 points in Jr. A with the Georgetown Raiders, despite playing just three seasons. The team later retired his number.
Knoepfli was drafted by the Toronto Maple Leafs in the 2001 NHL Entry Draft. He played four seasons at Cornell University, winning two conference championships with the Big Red, and was named team captain in his senior year. He earned four team awards at Cornell, recognizing his leadership, academic achievement and dedication.
Knoepfli went on to play 11 seasons of pro hockey in Switzerland.
****************

CRISTY NURSE - ATHLETE - ROWING
Nurse was a member of the Canadian women’s rowing team from 2010 to 2016. She represented Canada at several world championships, winning four silver and two bronze medals.
Nurse was named to the Canadian Olympic team in 2016 for the Rio Games, where Canada finished fifth. That year she was named the Rowing Canada’s senior athlete of the year.
Prior to switching to rowing, Nurse was a member of the Guelph Gryphons Ontario university championship basketball team.
She was also named the University of Ottawa’s rowing athlete of the year while attending law school in the nation’s capital.
****************

ROD PASMA - ATHLETE - HOCKEY
A standout with the Georgetown Gemini Jr. B team, Pasma was drafted ninth overall in the Ontario Hockey League (OHL) draft and a year later the Washington Capitals selected him in the second round of the 1990 NHL draft. Following three seasons in the OHL, he played for Laurentian University where he was named team captain.
After a season of minor pro hockey, Pasma switched his focus to the administrative side of the game. In 1998, he joined the NHL’s operations department, supervising officials. He then began working his way through the minor leagues in variety of roles from the Central Hockey League, to the East Coast Hockey League and to executive vice-president of hockey operations for the American Hockey League. He now holds the same title with the NHL, managing the nightly operations of the league’s video room.
**************** 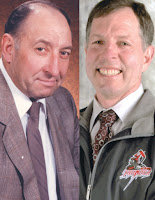 SUNNY ACRE FARMS (BIANCHI FAMILY) - BUILDER - HOCKEY
Recognized as minor hockey’s "super sponsor," Sunny Acre Farms has sponsored hockey in Georgetown for 50 years, specifically a long-standing affiliation with the local midget AA team.
Walter Bianchi started the sponsorship in the 1960s. Since his death in 2001, his son Gary has carried on the tradition.  Both Walter and Gary were more than team sponsors, though. They were fans of the team as well, with both being fixtures in the stands over the years, cheering on the team at both home and away games.  Sunny Acres has also supported the Georgetown Hockey Heritage dinner for more than 40 years.

THE MANDATE OF THE HALTON HILLS SPORTS MUSEUM & RESOURCE CENTRE IS TO COLLECT, INTERPRET AND DISPLAY THE MEMORABILIA AND SPORTS HISTORY OF THE COMMUNITY OF HALTON HILLS, ONTARIO, CANADA. (ACTON, GEORGETOWN, LIMEHOUSE, GLEN WILLIAMS, NORVAL AND HORNBY.

Hours of operation:
Wednesdays are available for
Group VisitsContact: info.hhsm@bell.net or
905-873-1360 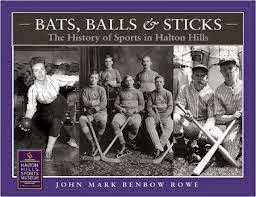